What's up with the egg shortage? There are a few conspiracy theories. Learn more & join the conversation.

All natural salami, made with pride and traditional techniques? Yes, please! 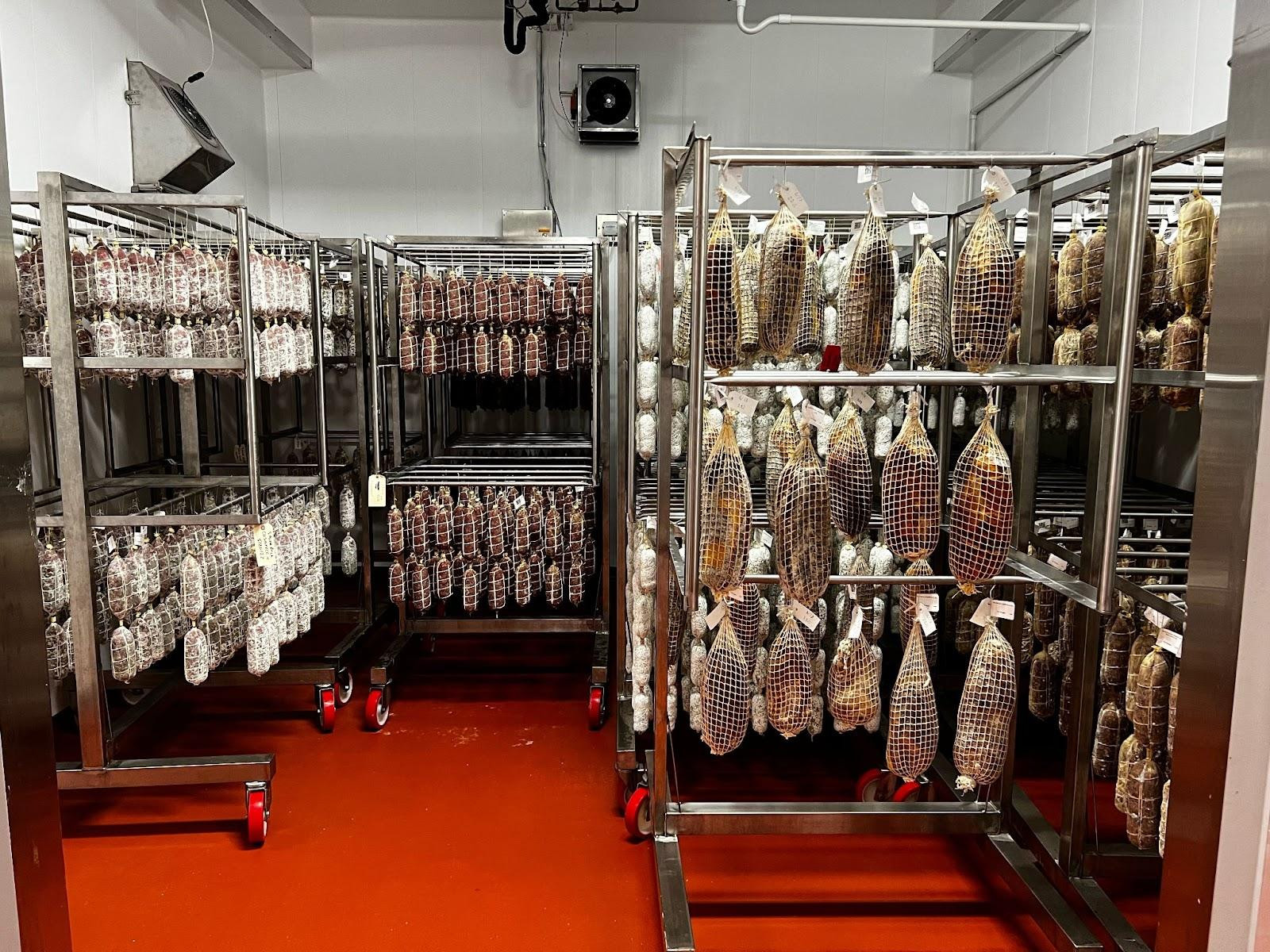 It has been a long, and exhausting process trying to find someone who can provide us with salami to our standards. Alas, we finally found Nello’s.

Miller’s Bio Farm has teamed up with Nello’s Specialty Meats to bring you some amazing all natural salami!

Nello’s family emigrated from Sicily in the 1960’s in search of a better life. Thirty years ago, Nello found his mentor, Guenther “Hank” Schineller, a German born sausage maker. It took persistence to get Hank to mentor him, but ultimately, Hank would show him the art of the wurst. Nello has also worked with world class charcuterie crafters Luigi Pintore and Pietro Castoldi from Pagani Fertelli to help him perfect his charcuterie recipes and making process.

At Nello’s, it’s all about tradition, from the ingredients to the aging process.

The groundwork of Nello’s recipes and work is built on centuries of knowledge from the old-world. Moreover, from the help of those at Pagani Fertelli, Nello is able to source high quality ingredients straight from Italy.

Like the Tuscan Finocchiona salame, which contains wild fennel seeds straight from the Tuscan hills of Italy. The wild fennel pulls menthol from the soil giving it a unique and special taste you cant find in store.

Coming from Italy, the ingredients are held to EFSA (European Food Safety Authority) standards, which are much higher than its American counterparts.

As well, Nello does not use synthetic lab-produced nitrates and nitrites in his cured meats. Instead, he uses naturally occurring nitrates that come from celery juice powder.

A common practice by charcuterie makers is hiding what spices they use to protect their recipes. The same goes for Nello. His recipes are proprietary, handcrafted, and time tested.

This comes with one down side. Transparency. Miller’s Bio Farm wholeheartedly believes in transparency and telling you everything about where your food comes from. We are making an exception, because the salame is delicious and we know the quality Nello is putting out there.

We know that some of the best herbs and spices are being used to make our salamis, but  we don’t know the exact spice ingredients. But, Nello did give us a sneak peek into his spice room - look at just a small sample of the large variety he carries! 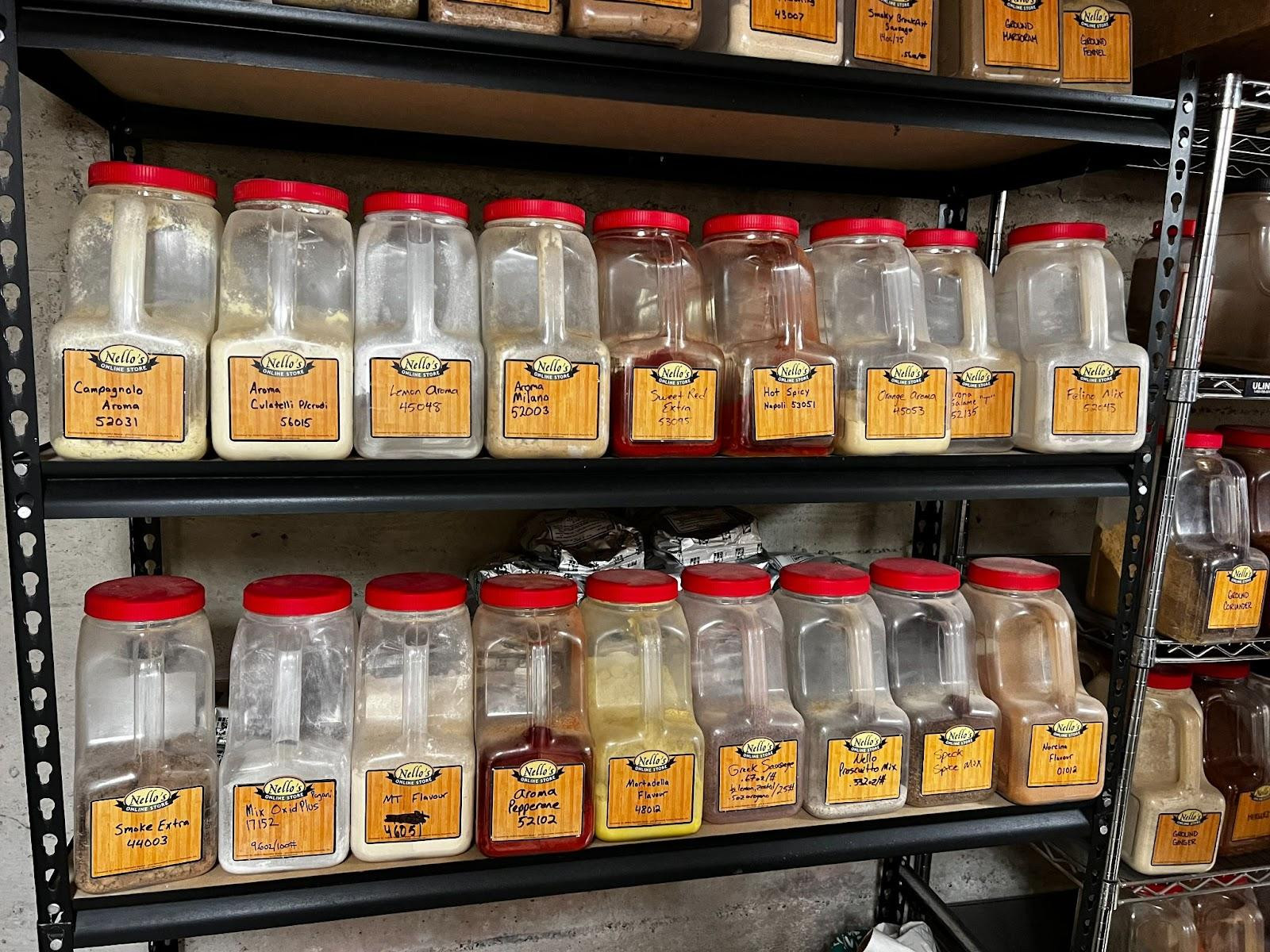 You might be wondering, “What is considered a ‘spice?’” Let's look at what the USDA’s definition is. Per USDA: “General Definition - Aromatic vegetable substances, in the whole, broken, or ground form, whose significant function in food is seasoning rather than nutrition. They are true to name and from them no portion of any volatile oil or other flavoring principle has been removed.” Think of things like cinnamon, nutmeg, basil, fennel seed, ginger, peppers, etc. These are all ingredients that the USDA allows to be hidden under “spices”.

A difference you can taste

When I first spoke to Nello, he asked a question, “When you go to a restaurant and get seasoned or spiced food, do you first taste the seasoning or the meat?” More often than not, people say the seasoning. Well, in Europe, it's the opposite. They want to taste the meat before they taste the spice or seasoning.

Nello’s salami is based on this European style. When trying the salami, the first thing you’ll notice is that the taste of the meat is at the forefront and that the spice hits the back of your palate. Truly a difference you can taste!!

Specialty meats for everyone

Another Amazing thing about Nello’s is that he can also make all natural, salt cured cold cuts! Have you seen our new sliced smoked turkey breast? It’s our pastured corn & soy free  turkey breast put in a simple Redmond salt brine and then it’s smoked.

And, we now carry air dried cured meats like our new bresaola, which features hints of juniper and cinnamon.

Check out some of the other stuff curing at Nello’s right now! There’s more to come! 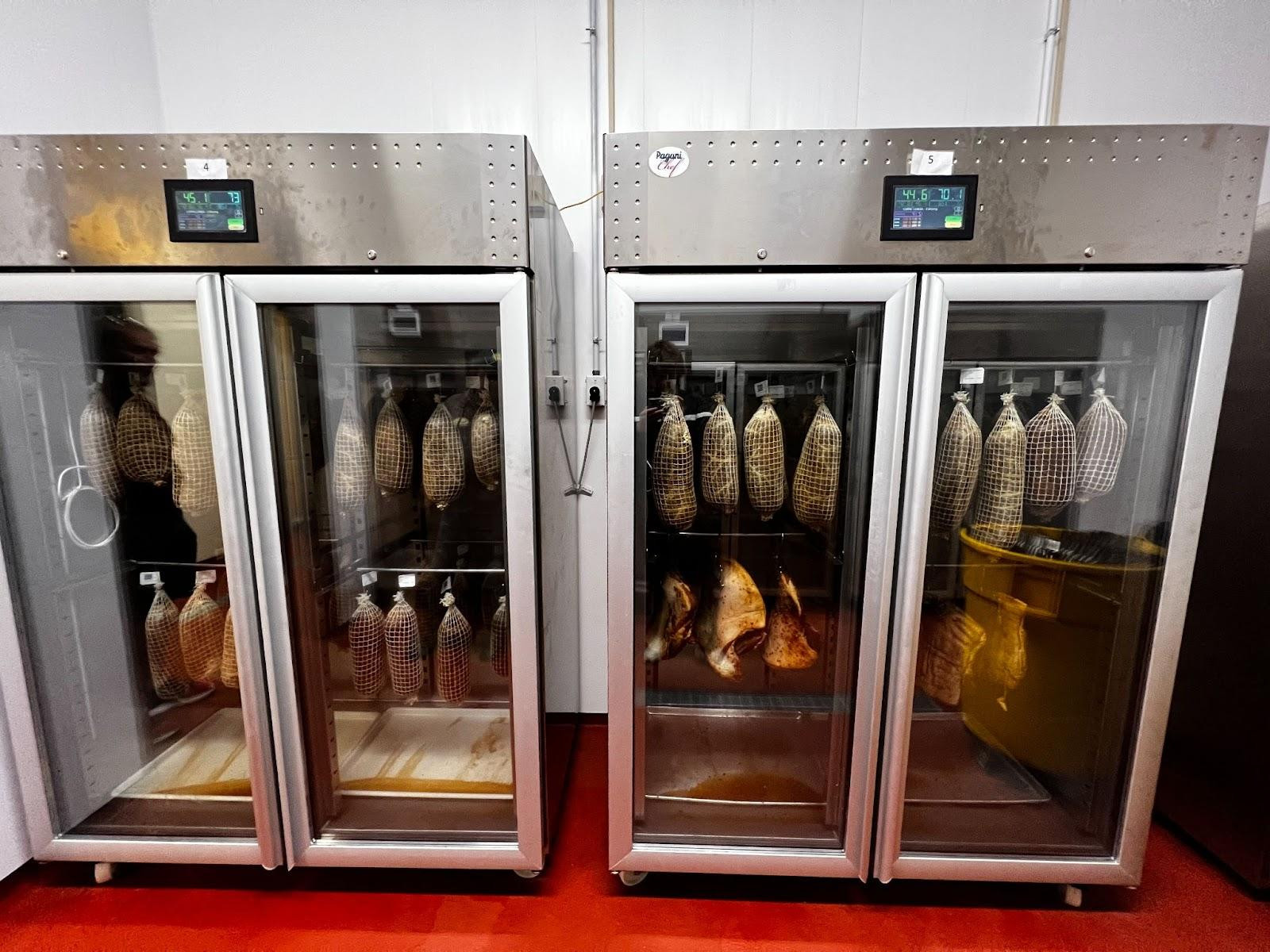 What is bioavailability? How to get what you need to be healthy. 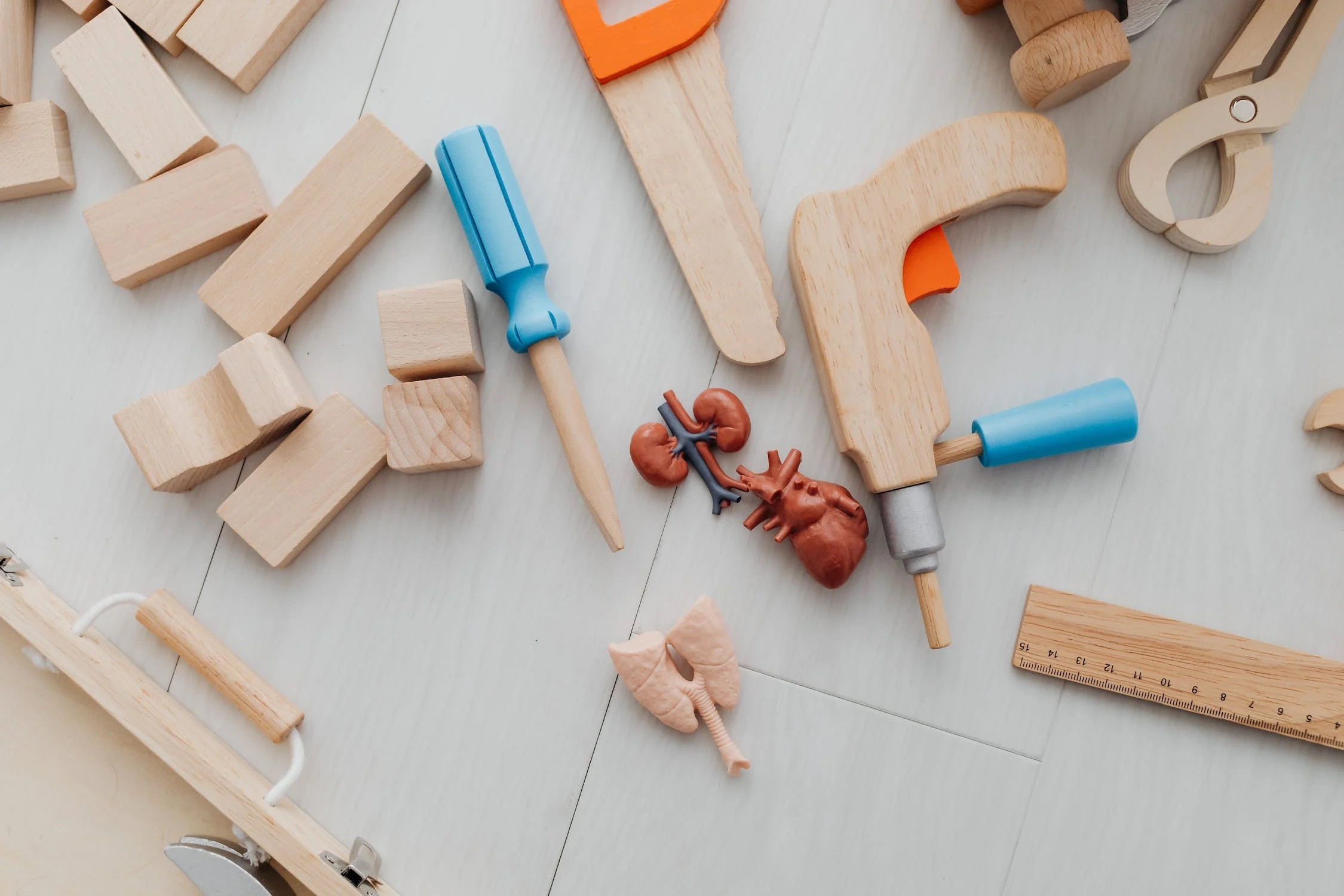 Do we vaccinate our animals? It's not a simple answer. Here's the honest truth. 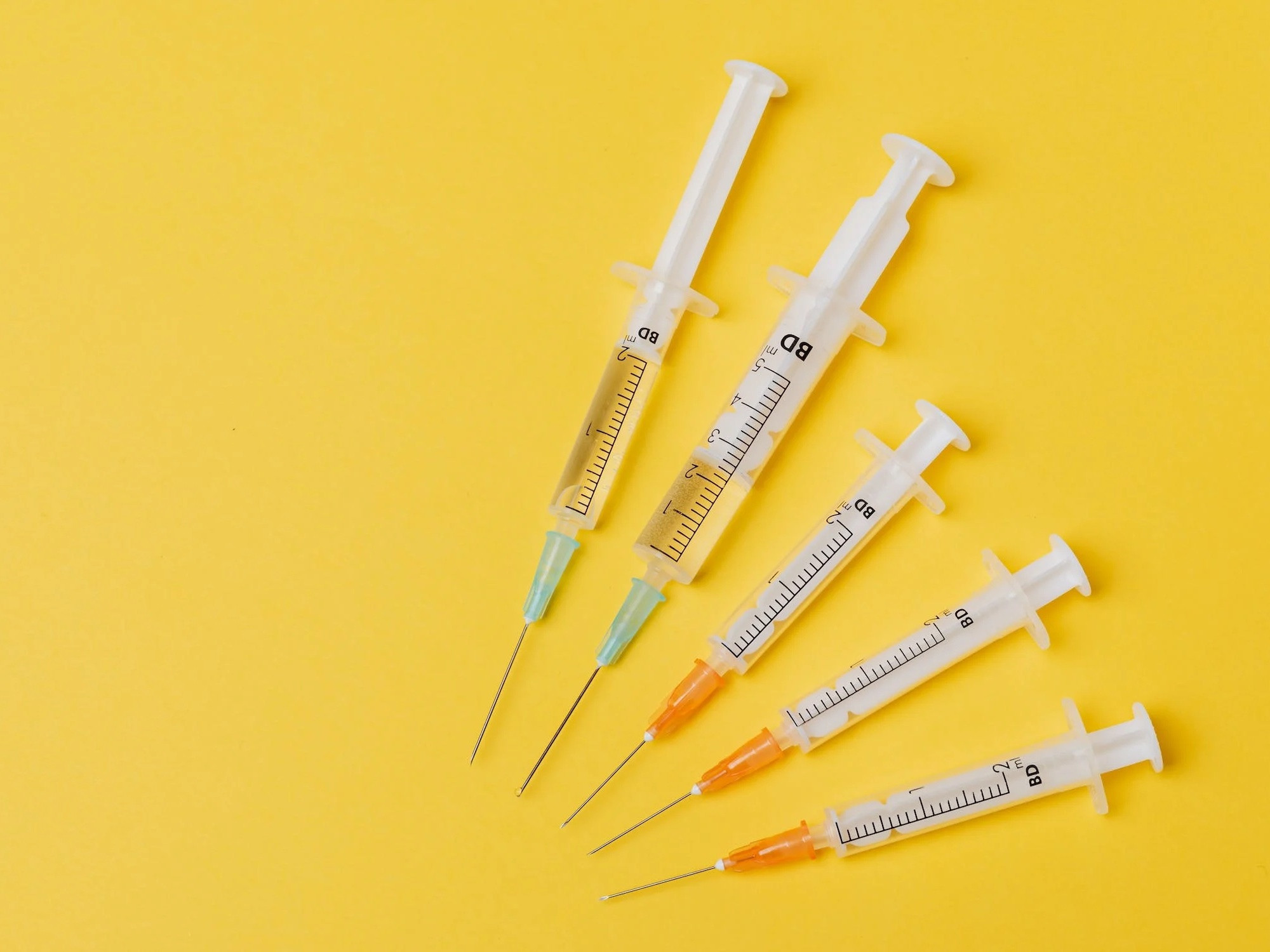 Food resiliency is everything. Together, we are building a better food future. 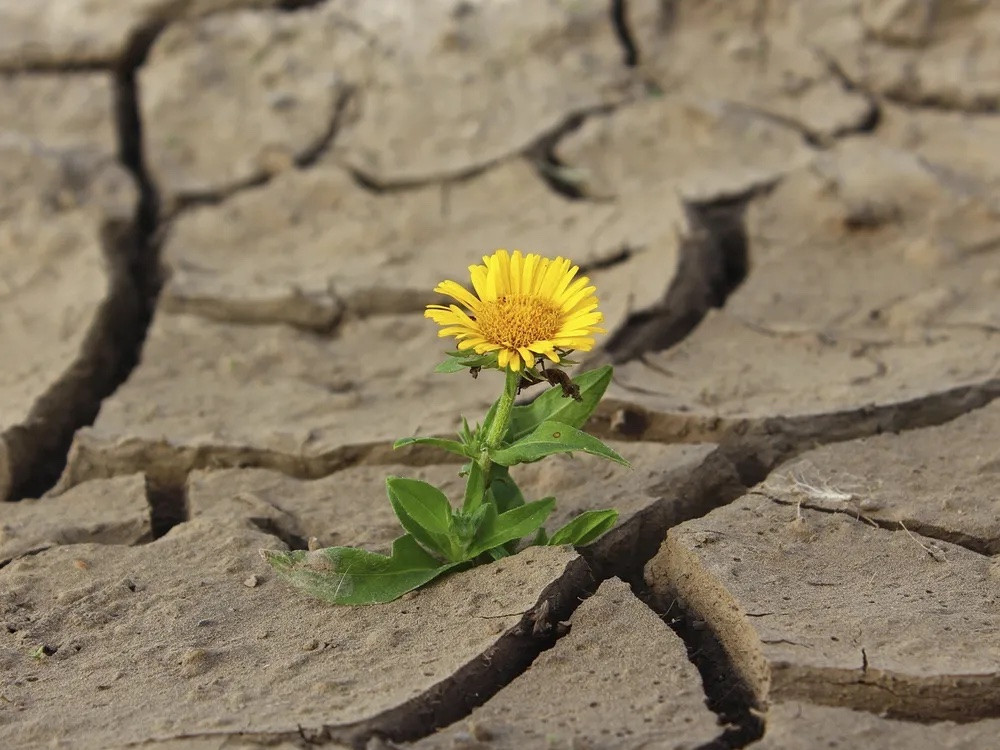