Here's the untold story of raw milk. Raw or pasteurized? It should be your choice. 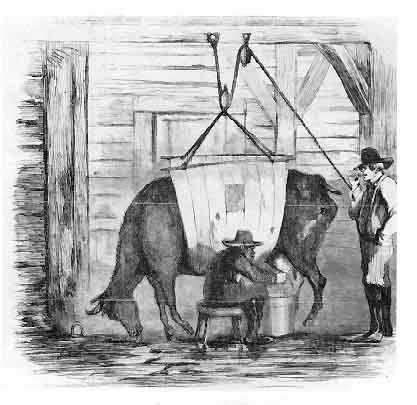 A Brief History of Raw Milk

Raw milk has been a highly contested issue in modern history.

Is it a healthy nutrient-dense “cure-all” for nourishing your body, or is it a dangerous vector for spreading life-threatening disease? The two camps are split. It is a complicated issue with mixed battles of bad science vs. personal testimony, morals vs. politics, education vs. advertising, and big agri-business vs. small farms.

For thousands of years, nutrient-dense fresh raw milk has been a staple food for many cultures worldwide. This has never been a problem until recent history.

During the Industrial Revolution in the early 1800s, whisky and milk were the two most popular beverages. A cutthroat entrepreneur came up with the unbelievable and revolutionary idea to confine cows in a factory-like setting and force feed them the hot swill byproduct from making whiskey.

Produced in these unclean and unnatural conditions, this blue-tinted “swill milk” made many people sick and led to many deaths. This was a true public health issue, resulting in many infant deaths and a rise in life threatening illness.

This historical pinpoint is the origin of raw milk getting its bad reputation.

Can you guess which choice big business made?

Eventually this truly horrid milk was busted for harboring deadly diseases. Pasteurization was presented as a cheap solution.

Louis Pasteur (1822-1895) was a scientist who promoted pasteurization as a way to make milk safe for consumption. Philanthropist Nathan Strauss (1848-1931), co-owner of Macy’s, jumped on the pasteurization bandwagon and created milk factories that sterilized diseased milk. He, along with other big dairy owners, used his wealth to influence government agencies and advertise pasteurized milk to the public, including scary fake news articles in popular magazines.

The Certified Milk Movement was led by Dr. Henry Coit (1854-1917). Dr. Coit believed in milk as a necessary healthy food. He influenced and created the Medical Milk Commission and its standards to ensure production of clean, healthy raw milk from small farms.

However, this milk cost 4x more than the unclean kind. Given the advertising efforts of the pasteurized milk businesses, can you guess which milk the public latched onto? Yup, pasteurized milk.

And the story goes on in a similar manner throughout the 1900s, with the two sides being divided and working against each other.

Big agri-business advertises and lobbies for pasteurized milk (Got Milk?), which can be produced more cheaply. Small farms and families fight for their right to choose what foods are healthy to consume.

The biggest game changer for raw milk access happened in 1987. Ronald Reagan promoted the ban on interstate commerce of raw milk to the FDA, and it became law.

Goodbye, free market. This devastated (and continues to devastate) small farmers and the families that choose to consume raw milk.

The 35-year-old ban means that, even though a farm like ours can be legally certified by the State of Pennsylvania for raw milk production for humans, we can sell that milk in Pennsylvania only.

For example, New Jersey’s laws do not allow raw dairy for humans at all. We cannot legally deliver raw milk for human consumption to NJ. However, a person from NJ can drive to PA, buy or pick up milk, and then drive back to their home and consume it. That’s perfectly legal.

No US farm is permitted to sell these foods for human consumption (with some “gray area” exception for herd shares in some states).

And I mean, it’s kind of ridiculous. If a state allows raw milk for humans. Why not cream? It’s the same thing!

With the proper certifications and paperwork, raw dairy for pets is legal, even across state lines.

Miller’s Bio Farm believes in raw. That’s why we offer a huge selection of raw A2/A2 dairy for cats & dogs. Even if we can only sell it and support the health of your furry family members, we’ll do it. We believe that it’s a step, albeit small, in the right direction.

It's important to note that raw cheese aged at least 60 days and under the right conditions is also legal across state lines.

This law is based on scientific evidence showing that aging cheese for 60 days under proper conditions produces chemical activity in the cheese that kills harmful bacteria.

Side Note: The cottage laws in Pennsylvania allow someone to get certified to prepare food in their home kitchen (beef jerky, cookies, jams, salsa, etc) and legally sell it across state lines. It makes me think: Is certified raw milk potentially more dangerous than this?

The Future of Raw Milk

Miller’s Bio Farm will continue to advocate for high quality, low risk raw dairy for humans. Here are 4 reasons why.

1. There are many proven health benefits.

2. The food landscape has changed. With the rise of eCommerce and delivery services, our food world is expanding. State by state laws don’t make as much sense anymore.

3. Modern technology allows us to produce an ultra low risk raw product. We have meticulous safety standards and test every batch of milk on site. You can learn more about our milk safety standards and view our test results here. We’re meeting the requirements for pasteurized dairy plus some. We follow these standards for both human and pet dairy products.

4. People who want raw dairy will get it no matter what. If raw milk is not legalized, then the government is ultimately supporting black market milk (just like marijuana, folks). Now, that’s really not good and could be potentially dangerous.

Even if we cannot provide raw dairy products for everyone everywhere now, we have hope for a better food future. A future filled with honesty, transparency, safety, and choice.

Yes, the two camps are split. But, perhaps both are in the right, depending on the situation.

It is undoubtedly true that unpasteurized milk produced in unclean conditions can be very dangerous. However, it is also true that clean raw milk can be a completely safe and nutritious food choice, especially with modern refrigeration, transportation, and testing technology.

I would hope there is a way for both points of view to co-exist, to agree to disagree, and create policies that allow for basic human choice to consume what they view as healthy.

Let’s put a little more perspective on it, too. Is food and raw dairy really that dangerous?

The CDC estimates that there are about 3,000 deaths from food-borne illnesses every year. About 46% percent come from produce (mostly leafy greens), 22% from meat or poultry, and 14% from dairy.

There are 35,000+ deaths from automobile accidents every year. You tell me. What should be our biggest concern?

What do you think? Would you change the raw milk laws? How? Has modern eCommerce, food delivery services, and safety technologies changed the food world, and should the laws change too? Why is raw milk still so vilified?

If you are interested in learning more about raw milk history and laws, I recommend the very informative videos created by Nourishing Liberty or perusing the realmilk.com website.

PS: Miller’s Bio Farm believes in raw. But, more than that, we believe in choice. That’s why we are working to launch a line of lightly pasteurized and minimally processed A2/A2 dairy starting now, with more in the coming months.

2 talks at Farm Day, and it's just 1 week away! Raw milk legal stuff and natural challenges. 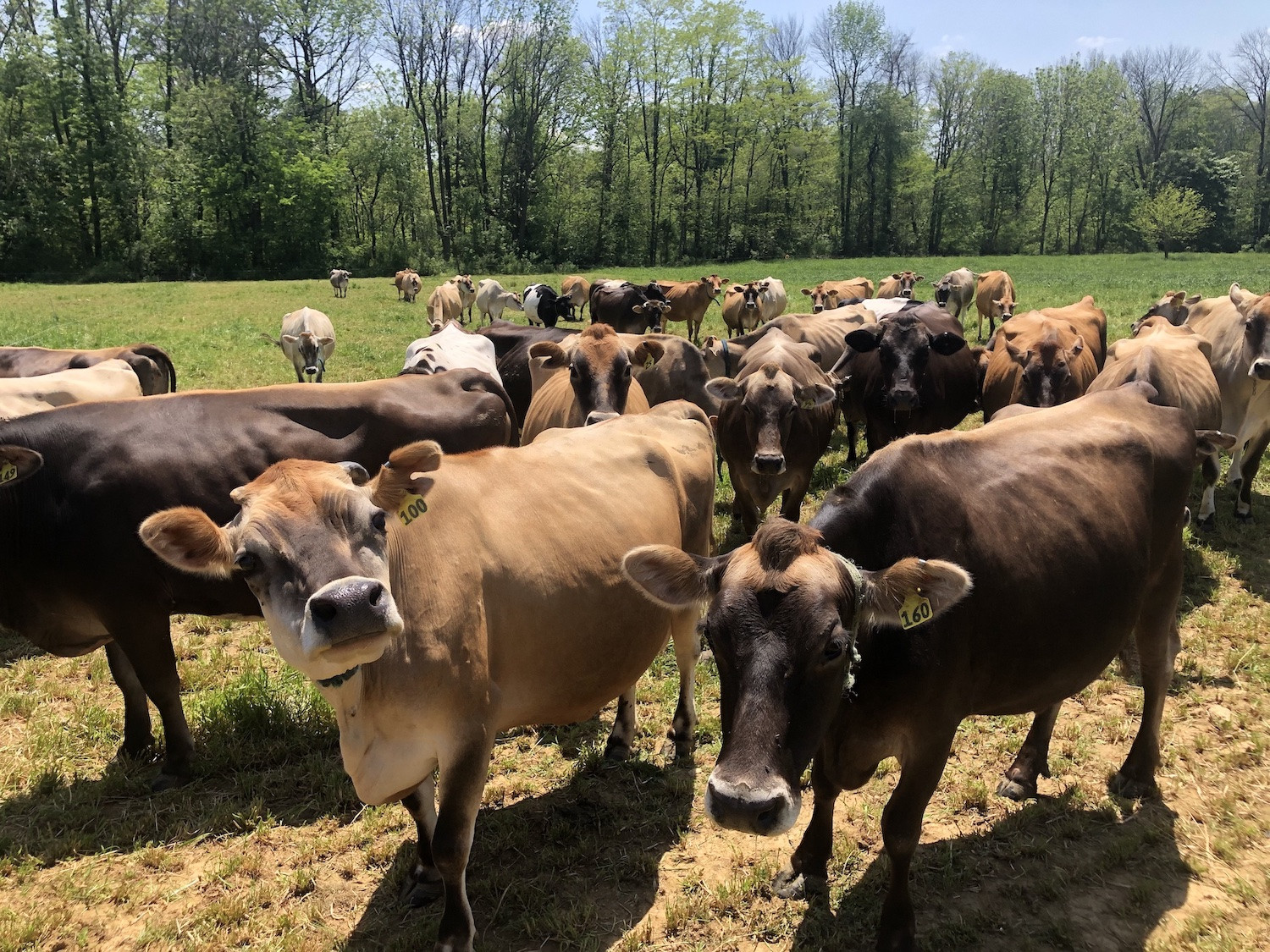 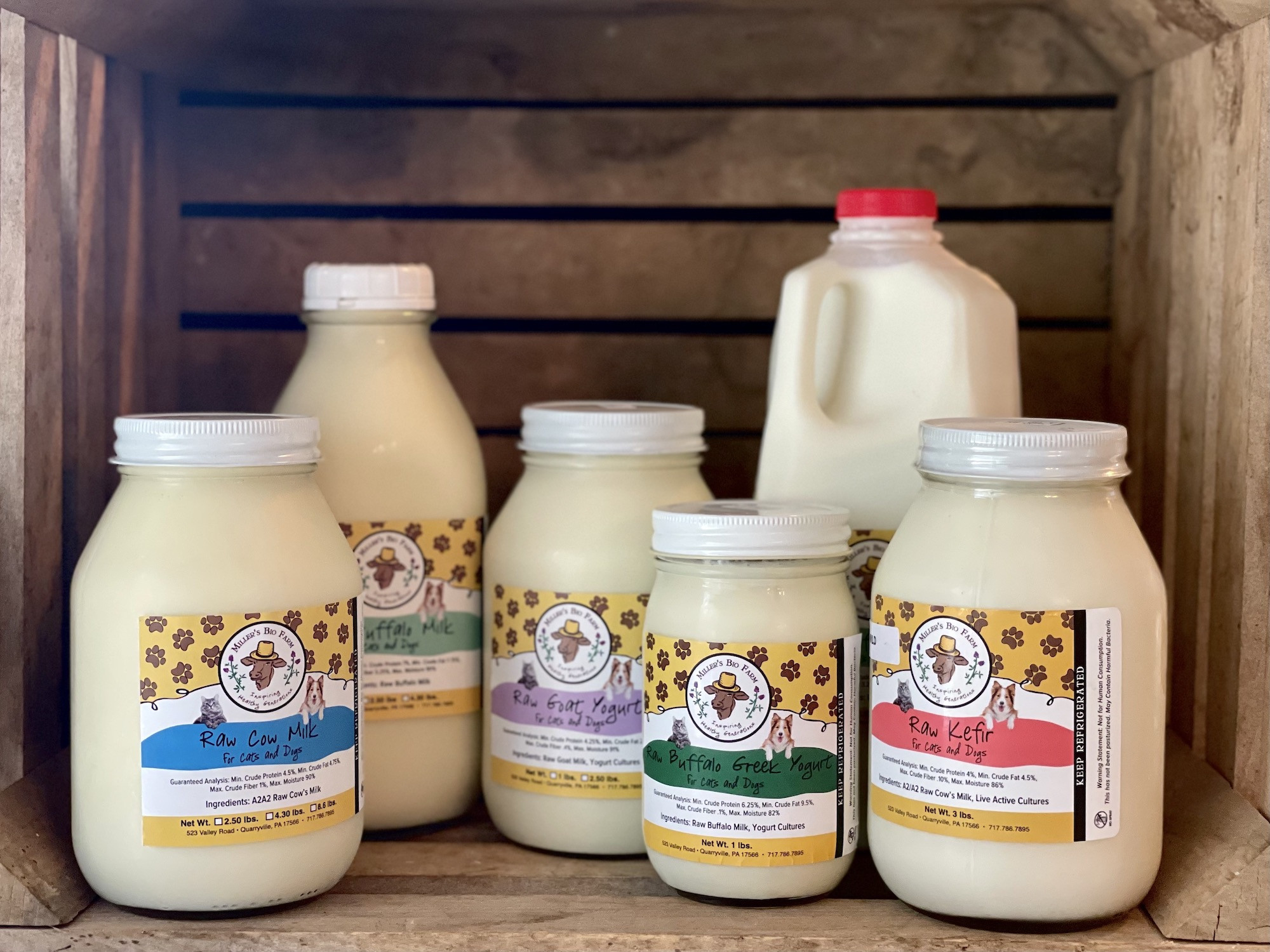 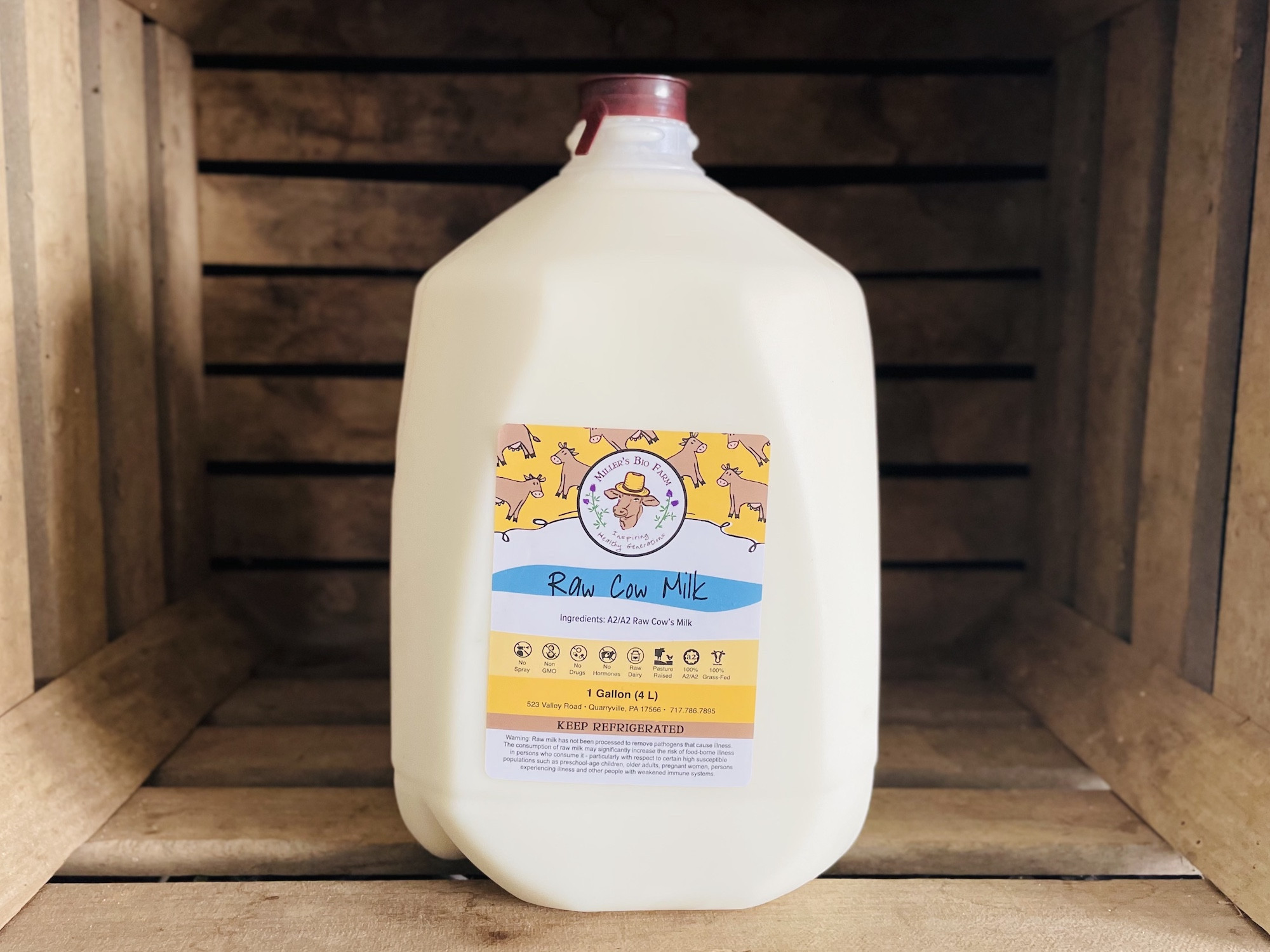