The difference is VISIBLE. How milk changes from raw to cream top pasteurized. 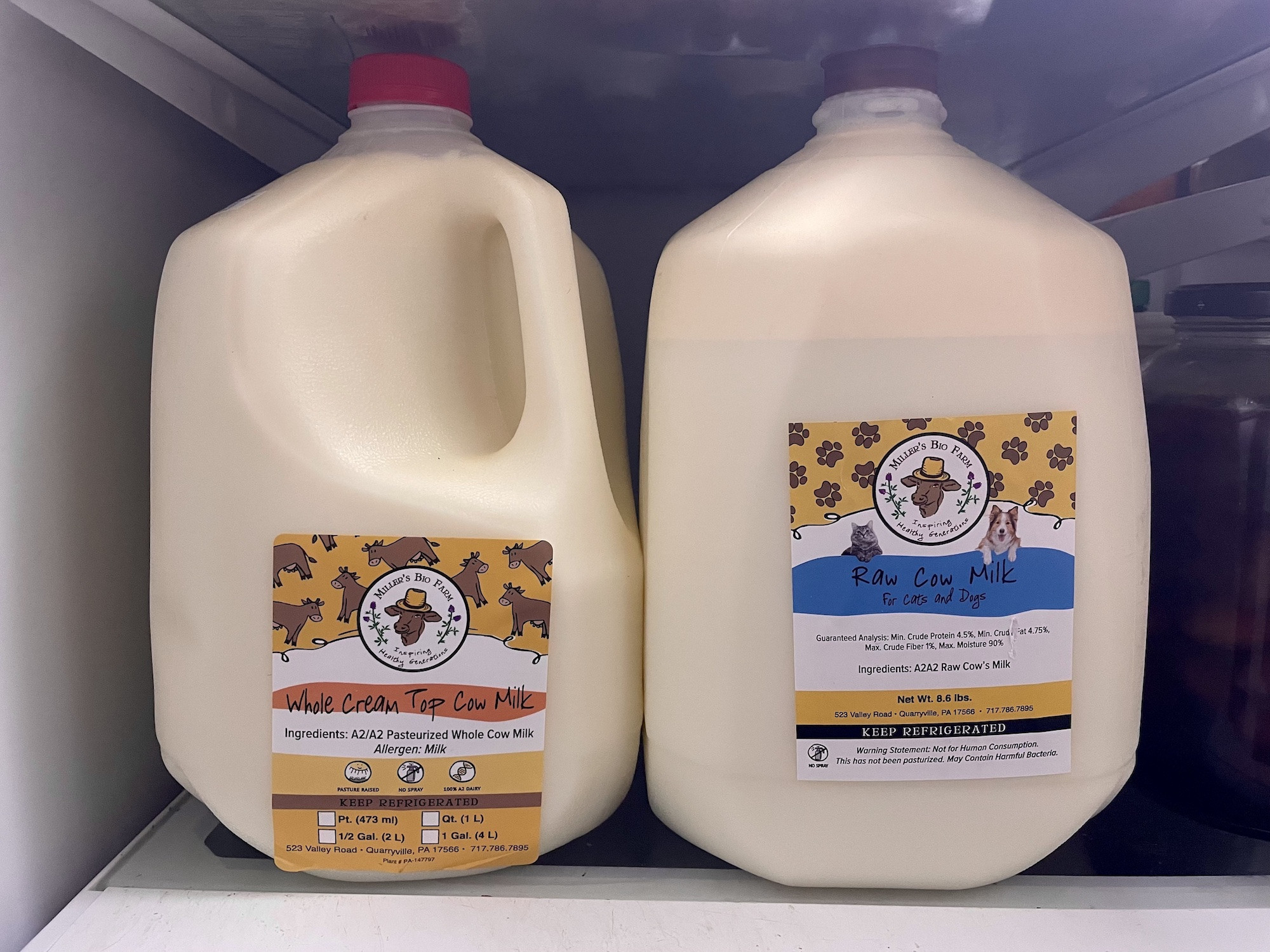 I have known for a long time that milk changes when it’s pasteurized.

I knew that pasteurization increases shelf life and alters living microorganisms, fatty acids, vitamins, minerals, and proteins. You can learn more about the differences between raw vs pasteurized here.

LTLT stands for “low temperature long time” and is also known as “batch pasteurization”. The milk is heated to 145F for 20-30 minutes. Then it is immediately cooled down.

This is the lowest temperature that you can pasteurize milk at. And, farmer Aaron and I assumed that, especially since the milk is NOT homogenized, it would not change the taste or structure of the milk and cream.

We were wrong! You can see the difference. Here is Miller’s raw and pasteurized milk that sat for 3 days in the fridge: 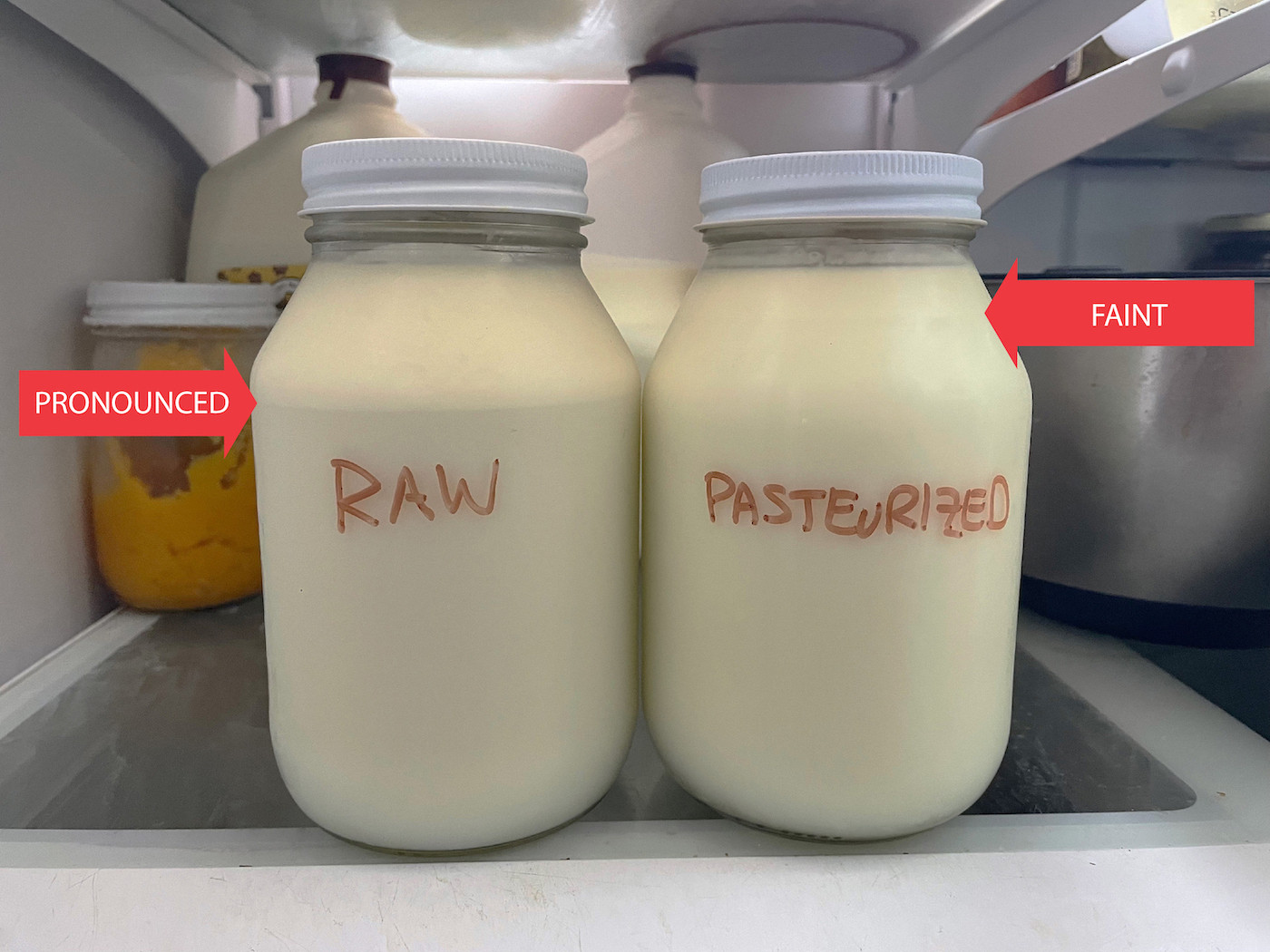 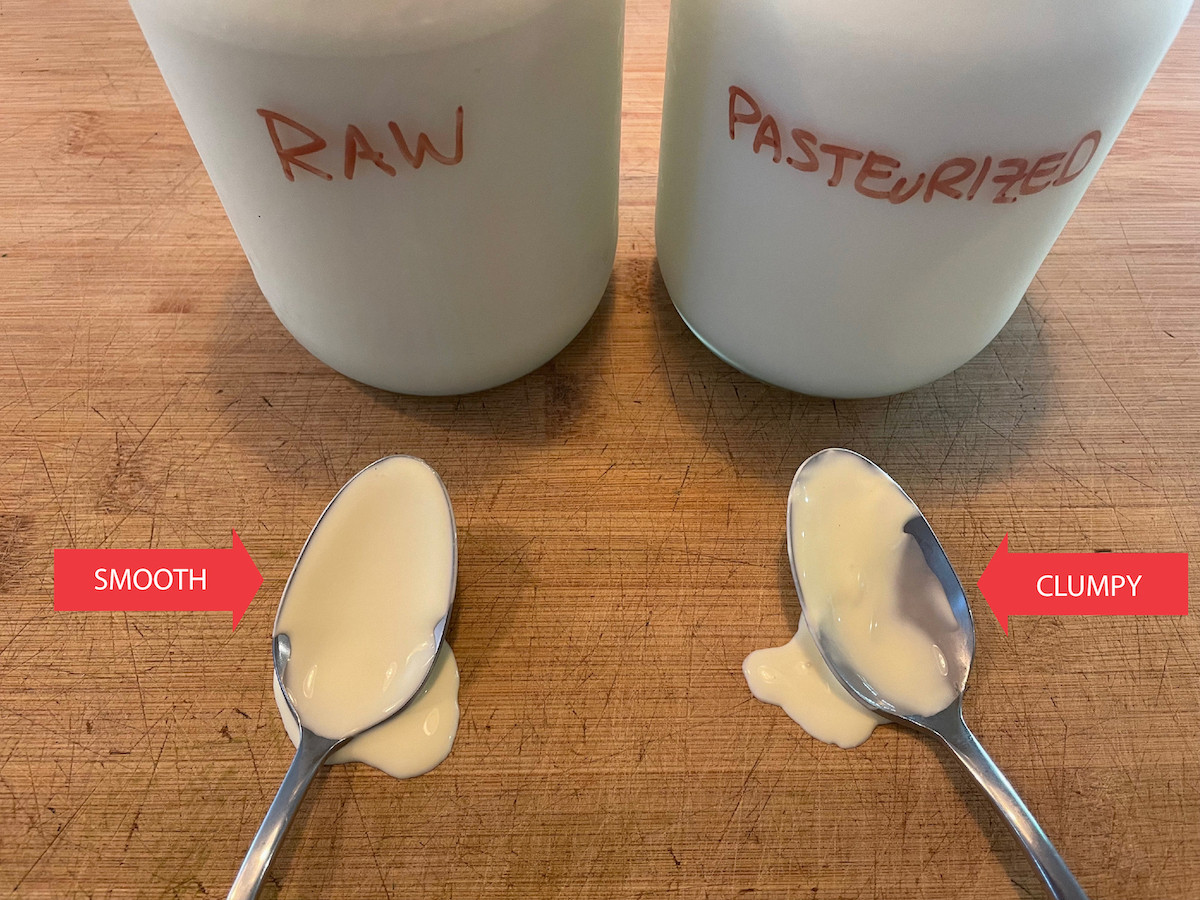 When you take a spoonful of cream out of each container, there’s a stark difference as well. The raw cream is smooth and thick and coats the spoon. The pasteurized cream is clumpy and sticky, almost like a pudding skin at the very top.

I read a few scientific articles about why this happens. As it turns out, pasteurization alters the fat in milk.

With unprocessed raw milk, any interaction between milk proteins and milk fat is limited. Milk fat is contained within the “milk fat globule membrane”, and the casein and whey proteins are found predominantly in the watery part (AKA the “serum phase”) of the milk.

But, processes such as heating can alter these structures. The fat globule membrane can be broken, which makes it easier for the fats to mix in with the watery part of the milk. Scientifically this can be called “better emulsion stability” or “creaming stability”.

The less the milk is heated, in temperature and time, the less the fat and cream is altered. Miller’s Bio Farm chooses LTLT processing, because it’s the lowest possible temperature for pasteurization. And now, we’ll need to look into HTLT processing (high temperature low time) to see if it’s possible and if it causes less damage.

Even though the amount of fat is the same in both Miller’s raw and pasteurized milks, they present themselves differently. As usual, there are pluses and minuses to both.

When you drink raw milk, the downside is that there’s an extra step. You typically need to shake the container to recombine the fat before pouring. The plus side is that it’s much easier to separate and utilize the cream to make butter or whipped cream.

When you drink pasteurized milk (even when non-homogenized), the plus side is that shaking is not as essential. The fat is more evenly distributed in the milk. The downside is that the cream is not as abundant.

Both are absolutely delicious. But, there are both invisible and visible differences when it comes to raw vs pasteurized milk.

How do you take or use your milk? Raw or pasteurized? Do you heat it or cook with it at home?

PS: The Jersey cows at Miller’s Bio Farm are happy and healthy and producing LOTS of milk right now. That’s why our gallons of raw milk are on sale for 10% off!

Honest disclosure - we're not perfect and neither are our products. 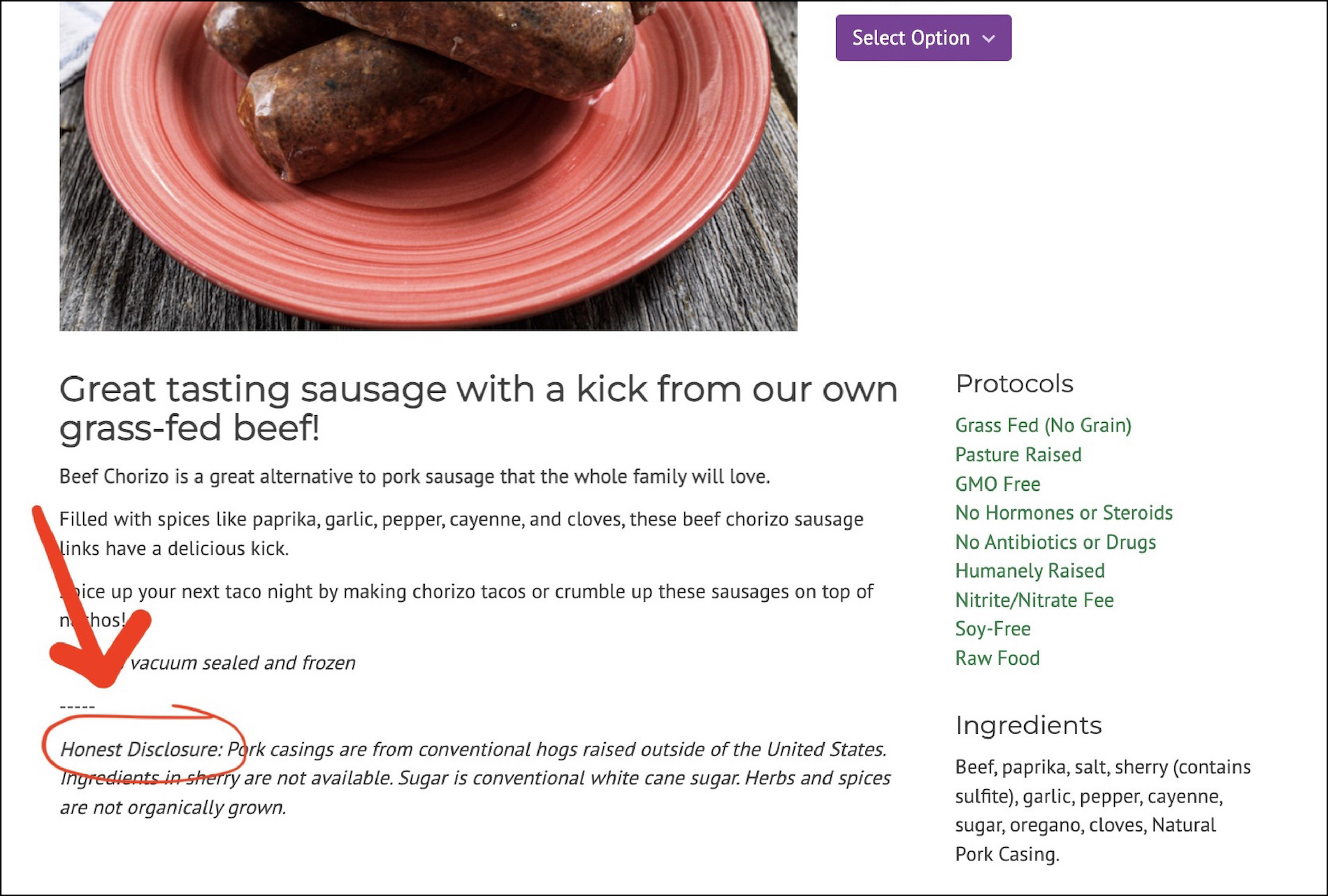 Announcing CORN AND SOY FREE chicken. It's possible and it's finally here! 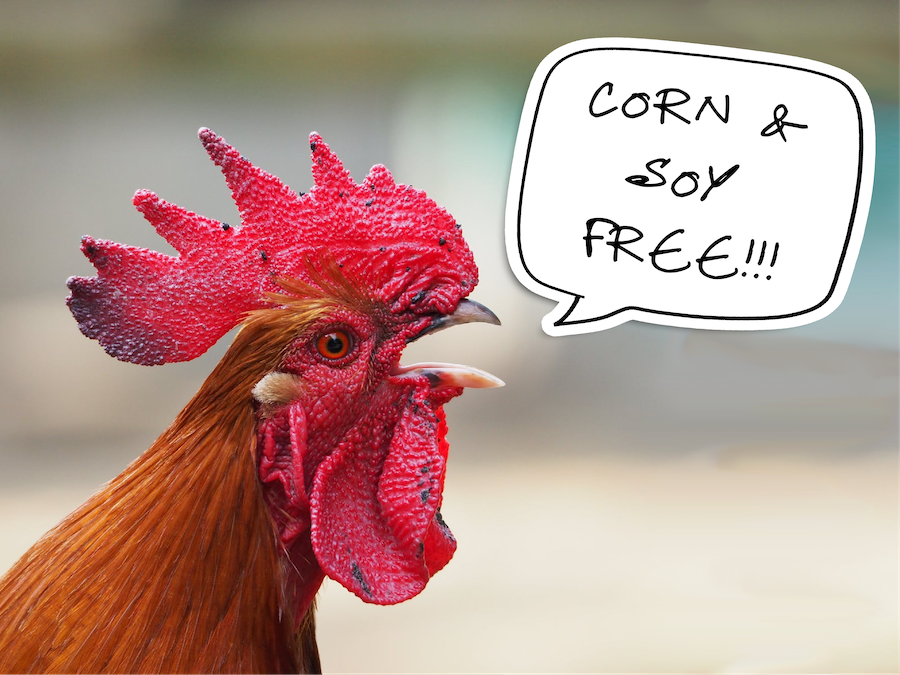 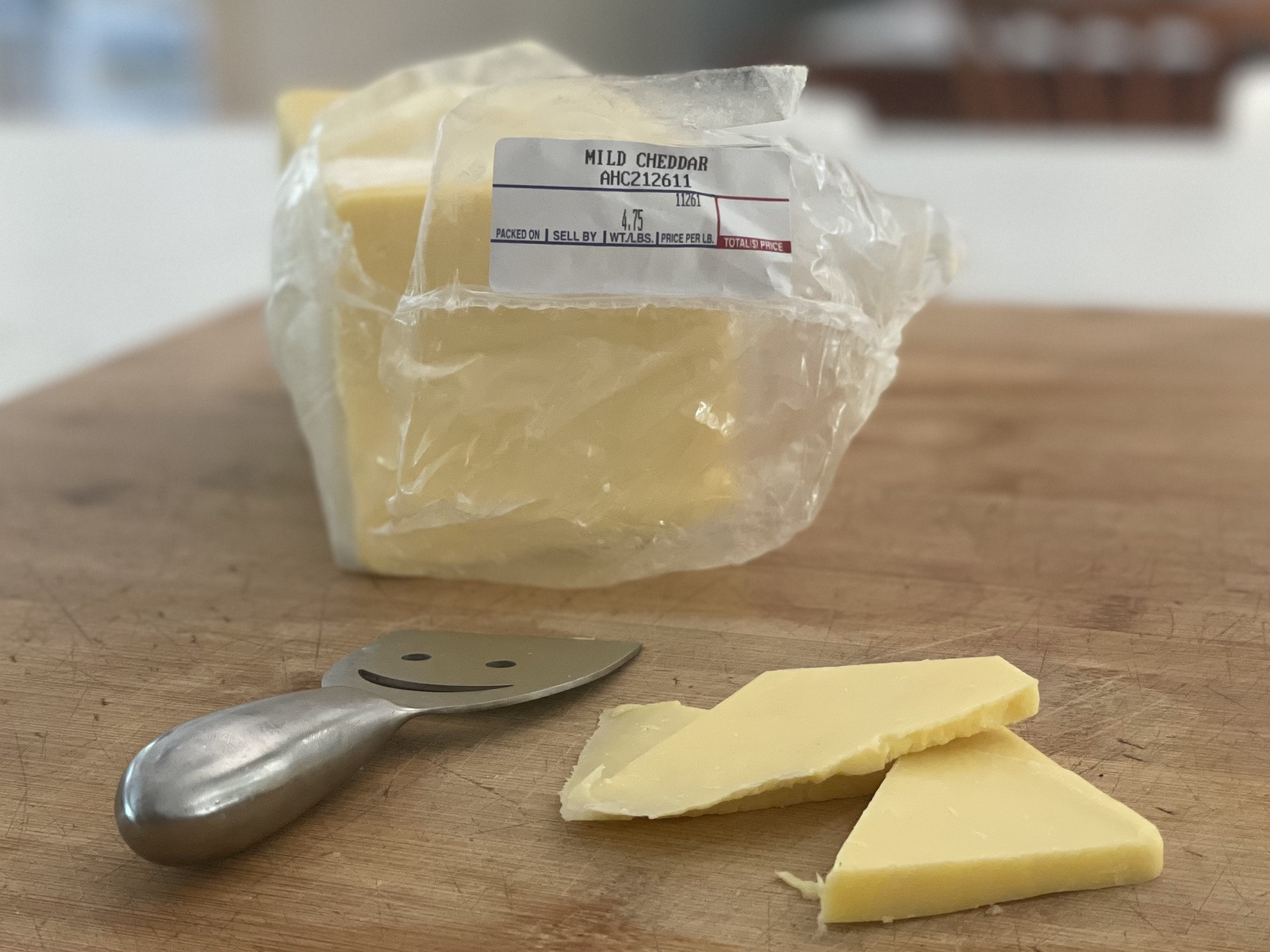